skip to main | skip to sidebar

Prostitutes complain that Taiwan’s plan to legalize red light-districts and regulate the sex industry will make it even more difficult to ply their trade. The new law passed Friday gives localities authority to establish districts where the sex trade would be legal while also punishing both sides of such activity conducted outside those districts.

The problem is, so far no locality has any plans to establish red light districts. Not one of 22 local governments recently surveyed by Apple Daily supported the plan to create red-light districts. Twenty-one of them rejected the plan outright and only one remained undecided.

“We will not consider opening a sex trade zone because there is no public consensus on this highly controversial issue,” said Taipei spokesman Edward Zhang. Taipei is Taiwan’s capital and largest city. “Taipei is too crowded to provide a suitable location away from schools and residential areas.”
Such reaction by localities are unlikely to produce the desired opening-up of the sex trade. Many brothels are operated as tea houses, night clubs, massage parlors, barber shops or skin care salons. Less than 10% of prostitutes are streetwalkers.

Prostitutes worry that any effort to ply their trade without local sanction faces an uphill battle because clients would be scared off by the new law that would punish them along with the prostitutes.
“I feel hopeless about the future because the police will go after street walkers who are at the bottom of the food chain,” complained one aging prostitute.

The new law also faces opposition from women’s rights groups who argue that red-light districts breed more crime and reward human smuggling. Some feel the law should punish only those who buy sex instead of “throwing the hot potato” to local authorities.

A previous law punishing only prostitutes was struck down by the constitutional court as being unfair to prostitutes. 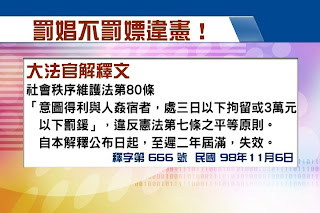 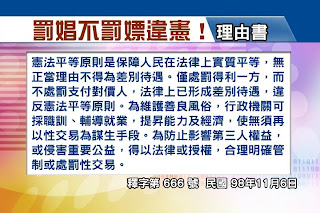 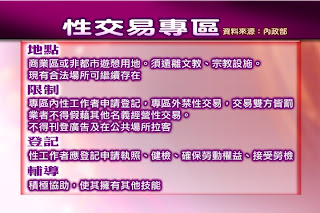 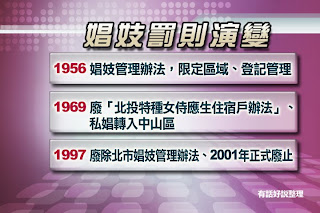 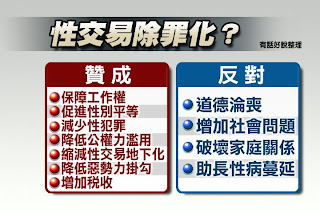 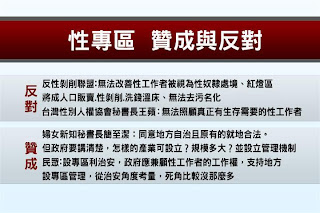 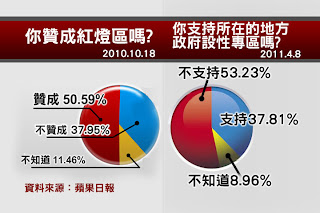 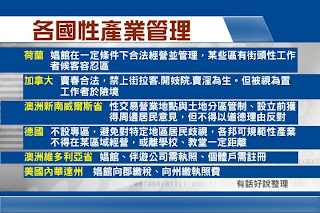 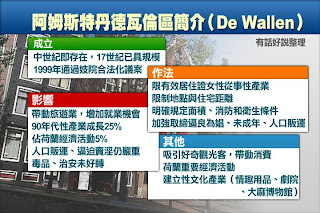